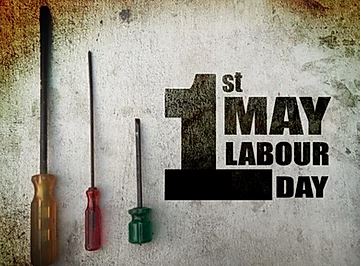 Did you know ‘Work/Life Balance’ was recognised in the mid-1800’s?

Most think the term ‘work-life balance’ is something new, however, it has been around for much longer than most of us could have imagined.

In Australia, 1st May (commonly known as May Day and Labour Day) signifies the commencement of the eight hour working day, which was brought about by a union movement in Melbourne during the 1800's. Yes, that’s right, all the way back in the early 1800’s workers from various trades recognised the impact their work life was having on their well-being and they took a strong stance in their belief that all workers should have a reasonable work/life balance. They campaigned for 8 hours of work, 8 hours of recreation and 8 hours of rest and were successful in establishing the eight-hour working day and a just wage in all occupations.

May Day now holds significant value to the work conditions we have in place in today’s modern world. Furthermore, May Day is recognised in many countries and regions throughout the world. Overall, it is commonly celebrated in recognition of the major achievement of workers in establishing fair working conditions.

Australian workers continue to enjoy the Labour Day public holiday throughout each state of Australia on varying dates. Public Holidays are not always about getting a day off work. They often hold great historical significance and are the work of our ancestors.

​Who would have thought that May Day would be the beginnings of career development and would create a competitive world of employment? This then led to the need for professional resumes, cover letters, LinkedIn profiles and applications!