» Articles » Does your name shape your career?

Does Your Name Shape Your Career? 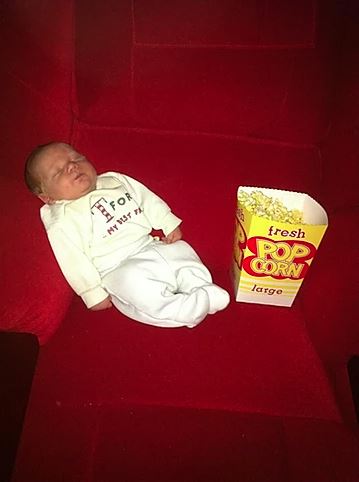 When people are expecting a baby, the name is among the most popular subjects for discussion. Picking a name can be stressful, can cause arguments, and can be controversial.

Or, it can be a no fuss, streamlined, and safe option. A non-event really. It all depends on your taste and what is important to you.

Yet, when selecting a name, you agonise over smaller facets of the name such as:

Having raised six beautiful children, I understand the responsibility associated with naming a child. I understand that a name a child is given will impact them throughout their entire life, starting from school and ending with a career. But does the name of a child really impact professional success later in life? Does a name lay the foundation for a particular city of residence, a particular field of expertise, or activities of interest?

In some cases, it can. Most people think that a name can result in bullying as a child, or a name might be an underlying influence for someone to fulfil a certain career or engage in certain sports.

In reality, a name does shape your career, but not because of some unconscious pull.

But what is in a name, really? Well, a great deal of history brings you to a name.

Research your family history and you may find that surnames once matched occupation or geographical region. This is particularly true among royalty. My own family history goes back to Richard Guise who immigrated to Australia after escaping the French Revolution. He was a royal and known as Richard Duke of Guise. But come to Australia and his name (which was reference to his origins) was quickly changed and adopted as his surname.

Historically, names were selected as a way of identifying occupation or geographical region. Blacksmith, Carpenter, Plumber, these are all examples of surnames indicative of occupation. Does this mean that today people are naturally drawn to the activities embodied by their name? Do people with the surname Smith feel drawn to move to Smith-related suburbs such as Smithfield or Smithton? Not necessarily, though statistically the more popular names like “Smith” are more prevalent in certain fields simply because the name is common.

Migrant names are often indicative of geographical region. By researching the origins of names, especially surnames, families can trace their immigration path back many generations.

While an embarrassing name might result in a child being bullied, a foreign name indicative of migration can result in an adult not getting the job they want. While research is limited, interactions with clients from around the world has shown us that unfamiliar names without a phonetic description of pronunciation attached can negatively influence the outcome of a job application. Unintentional discrimination might not be nefarious, but often rooted in embarrassment or discomfort. A recruiter who sees a foreign name with no idea how to pronounce it might hesitate to pick up the phone and call, while another applicant with a familiar name receives the call instead. If a recruiter holds a discriminatory view toward a certain ethnicity, a decision regarding employment might be made before an interview begins, based solely on assumptions. It might not be a decision about which the maker is cognizant, but it happens all the same. And for this reason, many people adopt an Anglo-Saxon name believing that it will improve their employment opportunities. While no research, again, exists to support this, client tales tell convincing stories.

Overall, when naming a new baby, be sure to think carefully about that name. Research suggests that a name is linked to our destiny. While that research might be vague, what is quite clear is that discrimination happens and when you are searching for a job, discrimination can interfere with career growth.

For that reason, your name can really shape your career.